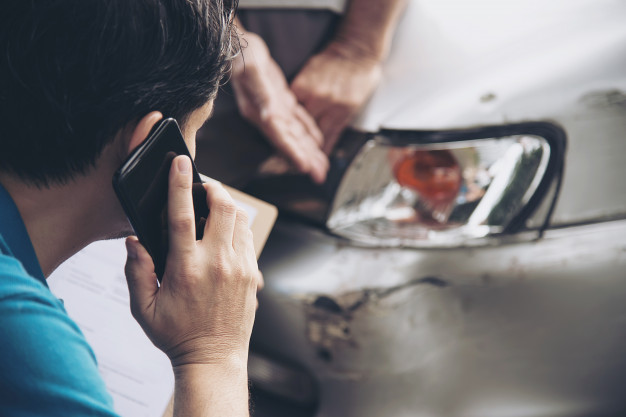 If you have ever lived in Denver, you know how damaging hail season can be. With 23 reported hail storms this year, many unprotected cars ended up with several types of damage. Few things beat the frustration of seeing your vehicle with a large dent after a severe hailstorm or after being rear-ended on the freeway.

Car owners usually have their cars fixed as soon as possible to keep their value and avoid further damage and other expensive issues from resulting. The main problem that most Denver car owners face when dealing with vehicle dents and dings is not deciding whether to fix it, but which method to use in restoring it. Resorting to traditional body repair means that you need to take some time off of work, drop off your car at the shop, and leave it for a few days. For many types of damage, you have a dent repair option that can only take a few hours to complete at a reasonable price.

Dents can vary in size and shape, each with a unique set of challenges. When it comes to dent repair, you can either go for paintless dent repair (PDR) or traditional methods, depending on the extent of the damage to your vehicle. The least invasive and most affordable option is PDR. Many car owners prefer this repair technique since it can restore cars to the original factory finish without repainting. Moreover, PDR is much faster and easier to perform compared to traditional repair methods.

Why You Should Fix Hail Damage Right Away

An auto hail damage repair seems like it calls for a straightforward approach: pop out the dent and head out on the road. There’s a little more to it than that. Car dent repair can take care of the problem and ensure that your hard-earned investment does not lose its resale value.

Although hail damage probably won’t affect the performance of your vehicle, it’s still important to have it repaired right away. Even the smallest ding in our cars can ruin its aesthetic appearance and lower its resale value. Unaddressed damage can cause more significant problems down the road. Cosmetic issues like rust and corrosion may occur, which can lower your vehicle’s resale value.

Types of Dents That You May Find On Your Vehicle

Unfortunately, accidents happen. It can hit you while you’re out driving and even when you’re out in the parking lot. Whether it’s due to a hailstorm or someone’s poor parking, your vehicle can get dented and damaged. Before you try to get it fixed, it’s best to identify the type of dent that your car acquired to know which repair method to use.

As the name suggests, round objects cause round dents, especially when your car is in stationary. Hailstones and even a stray ball can leave circular indentations in your vehicle. They usually don’t damage the paint, making paintless dent repair an option to fix them.

While round dents are generally bigger, sharp dents are more severe and profoundly shaped. Most frequently, collisions are when these dents pop up. Since the metal stretched outward, these sharp dents leave a high spot with a deep “valley.” PDR may not be able to fix extremely sharp dents; conventional auto body repair is likely your only option in these cases.

When trailers, bicycle handlebars, or low tree branches brush up and drag against your car, crease dents may occur. They form a straight line at the edge of the dent, which is more likely to mar the metal of your vehicle. Repairing these large dents is challenging, but modern car repair shops can solve these issues today using advanced car dent repair techniques.

These usually occur when your vehicle collides with another car at high speed or when something large impacts the exterior. Extreme dents often require expensive repairs due to internal and external damage. While PDR cannot fix dents with paint scratches, you can get these repaired with the proper tools and expertise.

The weather in Denver is unpredictable, but repairs shouldn’t be. It can be tempting to try a DIY method, but those often do more damage than they solve. Although these dents are a huge inconvenience and often look unrepairable, a skilled technician and the proper tools can fix these damages without an expensive trip to the body shop. Don’t worry! No matter how big or small your car dent has, Tip Top Auto Hail in Denver can help your car look like new again for less. Call (303) 868-1270 to schedule your free consultation today!